The five were ready for their first fight. Their first assigned role was the role of the reviewer. Brazil challenged Hungary to problem 2, Lagging Pendulum, and Hungary accepted the challenge. For Switzerland this meant that Émilie would kick off the event for the team. Everything went as planned and Émilie received 7.1 well-deserved points through her analyzation and input to the discussion about this pendulum. 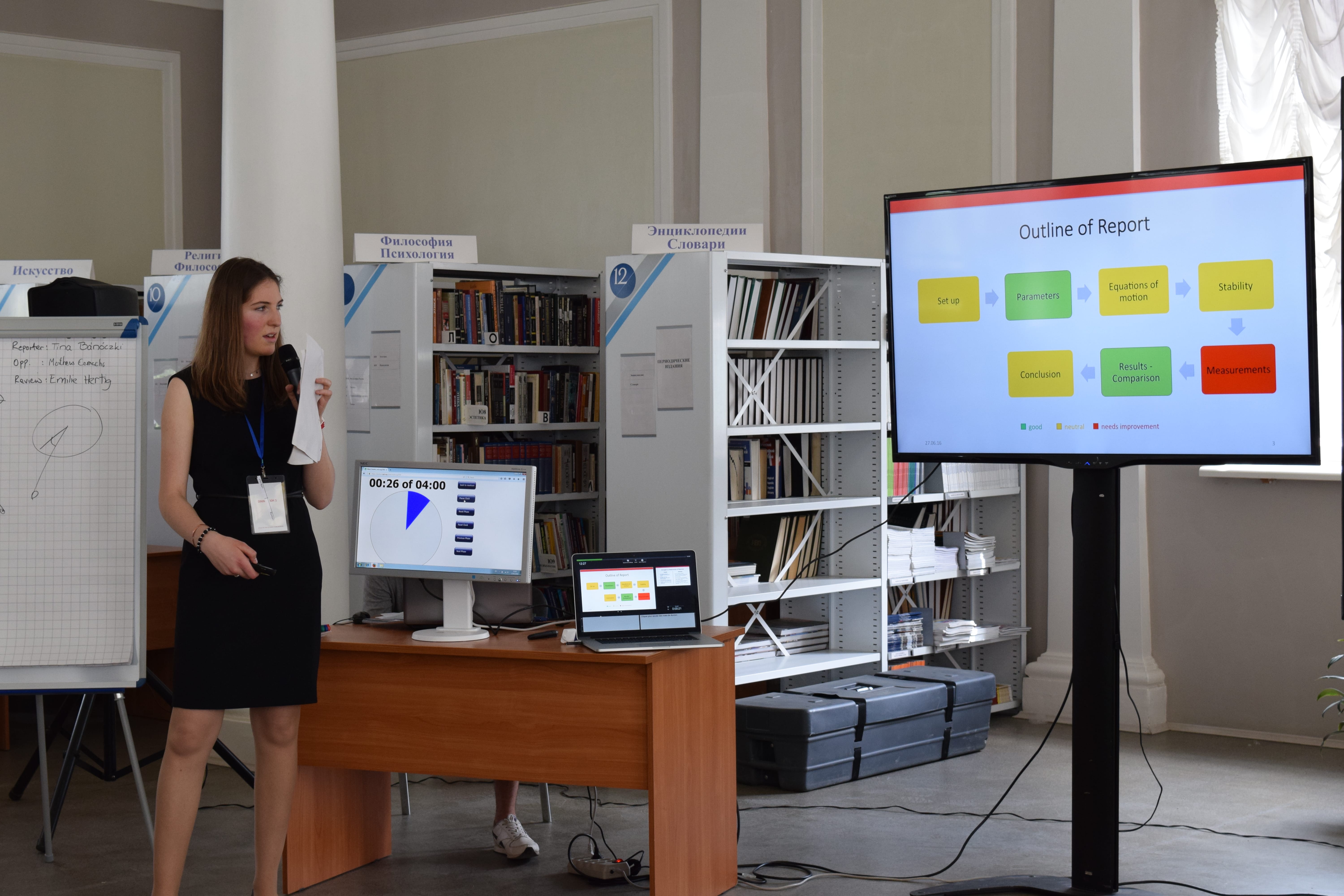 It was time for the opposition. Marc, as the team’s captain, challenged Brazil to problem 7, Water Waves, and problem 5, Ultra Hydrophobic Water; both were rejected. Only Marc’s third challenge, problem 7, Hot Water Fountain, was accepted. It was Joonas’s turn now. Joonas was able to continue the good work of the team and also received 7.1 points for his critical questions and knowledge of the problem.

With that only the report was left. Iran’s first two challenges caused spine tingling in the team. Marc had to reject the challenges to problem 17, Crazy Suitcase, and problem 13, Paper Vice. The third challenge was problem 16, Frisbee Vortices, and the Swiss Team was ready. Kathrin commenced her report nervously. However, the nervousness went away quickly and she could convince everyone in the room, the other teams, the jury and observers, of her findings. Many measurements that were in agreement with the theoretical model describing the vortices allowed Kathrin to get remarkable 7.4 points on average.

The team did not only win their round, they placed second in the entire competition after the first round.

In the evening they enjoyed a welcome dinner, before they started the preparations for the next day.

Results after the first round: