Learn more about the international organization behind the IYPT: 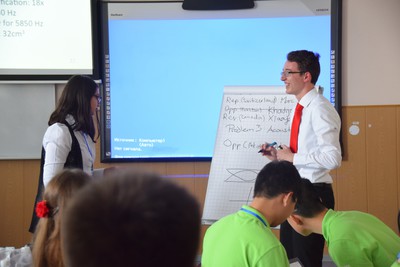 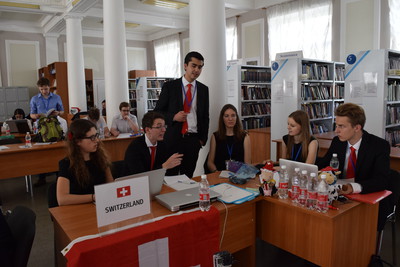 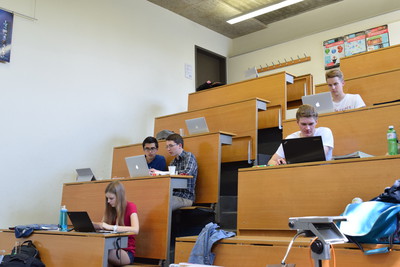 Tomorrow this year’s Swiss IYPT Team will board the plane to Ekaterinburg, Russia. The five students have intensively prepared for the coming week at the 29th IYPT over the past months. In Russia they hope to convince an expert Jury of their solutions to the posed physics problems and of their physical knowledge.

Currently last preparations are running at the Mathematisch- Naturwissenschaftlichen Gymnasium Rämibühl in Zurich. The last experiments are carried out by students, adjustments to the theory are completed and the presentations are getting their last touch.

During the IYPT you will be kept up to date about the daily events and the accomplishments of the Swiss Team here on our website and on our Facebook page. In case you want to experience the 29th IYPT at firsthand, drop by our blog or Facebook between the 27th of June and the 3rd of July. The Swiss Team thanks you for your support!

Out of the participants of the SYPT a maximum of 9 is invited to the team qualification. They have to prepare an additional problem which they are going to present on April 23 in a further round of Physics Fights. Based on their performance at the team qualification round and on a small written exam at the preceding evening (April 22) as well as other criteria, the team which is going to represent Switzerland at the IYPT in Russia is selected.

The following participants have registered for the team qualification:

We wish all of them the best of luck and to enjoy the preparation.

The International Young Physicists' Tournament (IYPT) is the international counterpart to the SYPT. In contrast to the SYPT, students from all over the world participate. The format is the same: Three teams (each consisting of 5 students) compete against each other in so called Physics Fights. They take turns presenting and defending their solution to a given problem, criticizing the solution of the opposing team and reviewing the performance of the two preceding teams. The performance of all three teams is assessed by a jury. The teams have to try to convince both their opponents as well as the jury of the quality of their scientific work and results and of the understanding of physics.

In five rounds the best three teams are selected; in the final they "fight" for the IYPT cup. The whole tournament is accompanied by an extensive social program and usually lasts eight days. 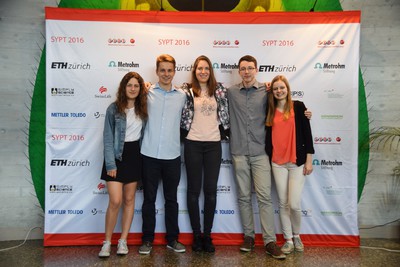 On April 23 the qualification for this years Swiss IYPT team took place. Nine students had to prepare themselves in a very short amount of time for the qualification; there they have presented their results and understanding in 9 Physics Fights. Only the five best could qualify for the team. The Swiss team consists of Marc Bitterli (captain), Émilie Hertig, Kathrin Laxhuber, Zara Vance and Joonas Vättö. From June 26 to July 2, 2016 the five student will make up the Swiss team at the IYPT in Ekaterinburg, Russland.